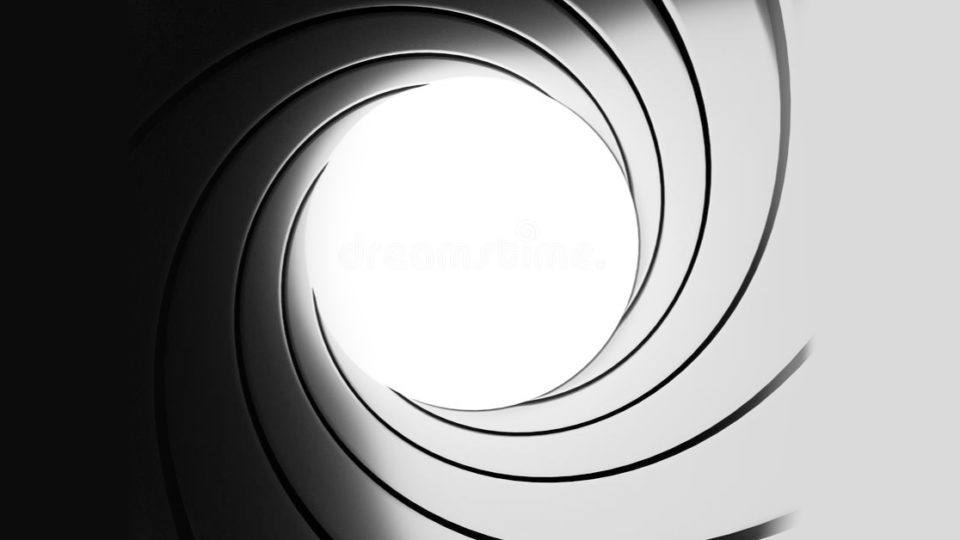 With Billie Eilish releasing the official video for No Time to Die, we thought now is a better time than ever to look back on all the iconic Bond themes from the last 58 years.

The classic Bond theme that everyone knows and loves, was composed by Monty Norman and arranged by John Barry.
The original track by Monty Norman, initially titled Bad Sign, Good Sign, was about a man with an unlucky sneeze.
Thankfully it was reworked, and the way John Barry arranged the original theme defines James Bond and sets the franchise up for dramatic, confident, yet mysterious main title tracks.

Fun fact: The iconic guitar line starts at 0:07 seconds into the track.

This opening theme for From Russia with Love is the first of 11 scores with John Barry as the primary composer.
It manages to keep the mystery but adds an element in fun through the progression of the track, with a clever shift into the original Bond theme towards the end of the track.

Composed by John Barry, Goldfinger is the first main title theme to feature vocals. Powerhouse Shirley Bassey delivers an unforgettable performance on this track, and sets the bar high for future Bond themes.
Shirley Bassey will go on to perform in two other James Bond themes.

The third theme to be composed by John Barry, and features legendary vocalist Tom Jones.
Tom Jones’ delivery certainly keeps up with the drama from previous themes, and the arrangement has a little nod to the original Bond motif.

Another great score composed by John Barry, with Nancy Sinatra’s silky vocals entwined with this dreamy theme. This track is more delicate than previous themes, but still manages to create tension and drama.

Again composed by John Barry, and heading back to the ideals of the original theme being instrumental, and bringing the horn section back into the foreground.

Another classic from Dame Shirley Bassey, in a way Bassey defines the elegance and drama of what a Bond theme needs.
This title track is the start of bringing Bond themes into the modern decade, moving from classic scores that we see in a lot of films during the 1950s and 1960s – We now have elements of funk with the wah wah guitar, and the bass tone is undeniably from 1971.
The middle section of this track scream’s 1970s is sandwiched between the classic Bond sound.
A clever composition from John Barry.

Scored by George Martin, this is the first Bond score to not involve John Barry, Live and Let Die was composed by Linda McCartney and Paul McCartney and performed by Wings.
This track does step away from Bond tradition, and does feel more like a Wings track than a Bond theme. However, you can hear that Linda and Paul McCartney were aiming for a similar impact to the original Bond themes after the initial vocal section.
We’re not entirely sure what they were aiming for with the small reggae section, but it doesn’t feel too juxtaposed.
It’s a great single by Paul McCartney & Wings, but is it a great Bond theme?

Performed by Lulu with John Barry’s seventh composition for James Bond, this theme is stepping further into the decade it was written, by melding the classic Bond horns with guitars, bass, and drums.
However, John Barry considered The Man with the Golden Gun one of his poorer compositions – “It’s the one I hate most… it just never happened for me.”

Nobody Does It Better – The title theme for The Spy Who Loved Me – was composed by Marvin Hamlisch with lyrics by Carole Bayer Sager and was performed by Carly Simon.
The soundtrack is one of only two Bond soundtracks to be nominated for the Academy Award for Best Original Score, the other being Skyfall.
This theme has kept the orchestral feel as classic Bond themes do, but focusing on the string section, and no horns in sight. Something that is going to become commonplace in further themes.

Dame Shirley Bassey is back with her final contribution to the James Bond franchise.
Kate Bush was initially asked to perform this theme, but she was just about to kick off her British tour and declined the offer.
Composed by John Barry, Moonraker and The Spy Who Loved Me have taken ideals from You Only Live Twice to create romantic and dramatic opening themes.

This track was composed by Bill Conti, with lyrics from Michael Leeson, and performed by Sheena Easton.
It was the first Bond film to feature the performer – Sheena Easton – in the opening credits.
We’re definitely in the 80s now with this theme, with synthesizers taking over the role strings played in previous title tracks.

All Time High performed by Rita Coolidge, composed by John Barry, and lyrics by Tim Rice has moved quite far away from traditional Bond themes.
Similar to Live and Let Die, this is a great single of the time, but does it make a good Bond theme?

Composed by John Barry and Duran Duran, this seems to be the beginning of artists getting involved in the writing process for the Bond franchise.
In 1986 Barry and Duran Duran were nominated for the Golden Globe Award for Best Original Song.
A View to a Kill was the only Bond track to reach number 1 in the Billboard Hot 100 at the time.

The eleventh and final Bond soundtrack to be scored by composer John Barry and performed by a-ha.
The whole original soundtrack itself incorporates the use of orchestra with synthesized sequencers which was a new concept for film scores at that time.
The Living Daylights was originally offered to Pet Shop Boys, but they declined the offer when they learnt it would be for the title theme and not the whole score.

Keeping with synthesized elements, but somehow reminisces on early themes like Goldfinger.
Composed by Michael Kamen and performed by Gladys Knight, this track brings back strong female vocals and serves us a memorable main theme.

Performed by the legendary Tina Turner and composed by Éric Serra, this track has elements of the original Bond theme from Dr. No but brings it to the modern era of the mid 90s.
The legato strings in the background play on the original Bond theme, and we’re given those dramatic horns that we’ve been missing, and keeping the romantic string section we’ve come to associate with classic Bond themes.

The opening of Tomorrow Never Dies engages us like many so far with piano and strings. Co-written by Sheryl Crow and Mitchell Froom, this ticks all Bond theme boxes with its romantic and dramatic elements. The strings bring us back to the traditional sound we’ve heard from previous themes, and again we’re seeing a track written and performed by a popular artist.

Composed by David Arnold and performed by Garbage, Arnold wanted to “make the thing a little more contemporary” by adding cultural elements from the films locations in Turkey and Central Asia. With the lead up from Goldeneye and Tomorrow Never Dies, The World Is Not Enough isn’t too far abstracted from what we’ve come to understand as a classic Bond theme.

The film was scored again by David Arnold, and it’s opening theme written and performed by Madonna, Die Another Day adheres Arnold’s views of making his contributions to the Bond franchise much more contemporary.
This track utilizes a lot of early 2000s sounds, by adding glitch effects to the traditional strings in parts, being produced with varying synthesizers, and effects on Madonna’s vocals with a phaser and auto-tune.

You Know My Name – Co-composed by David Arnold and Chris Cornell, is the first in a while to subtly re-introduce the use of a full orchestral with a horn section along with classic rock instrumentals. Bringing back a male vocal after 19 years of female lead themes, Cornell delivers a strong and emotional performance.

Another Way To Die is the first Bond theme performed by a duet of two well known pop and rock artists – Alicia Keys & Jack White. Written and produced by Jack White, this track feels like a Bond theme by incorporating a heavy horn section, the tinkle of triplets on keys, but also feels quintessentially Jack White in its instrumentation and trademark guitar sound and vocals, and Alicia Keys exceptional vocals and piano.

Immediately Writing’s On The Wall perfomed by Sam Smith gives us nostalgia of traditional romantic Bond themes. The track was co-writen by Sam Smith and producer Jimmy Napes, it plays on the interaction between sweeping strings and piano that we’ve seen in previous themes.

At the time of publishing this article, the official video for No Time to Die was released less than 24 hours ago, now has over 4.5 million streams on YouTube, and over 223 million streams on Spotify since its earlier February 2020 release.
This theme has similarities to Nancy Sinatra’s You Only Live Twice, and Sam Smith’s Writings on the Wall but is still sticking to Billie Eilish’s stylistics and ends tastefully with the “Bond chord”.