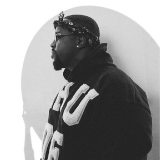 Chel Strong, a multifaceted hip-hop artist/songwriter was born and raised in Detroit, MI but currently resides in Los Angeles, CA. Growing up as the son of grammy award-winning Motown songwriter, Barrett Strong, Chel has always had music in his blood. He began his musical journey as a young teenager in several Hip-Hop groups before making his way west, where he would begin to truly hone in on his craft. Walking in what seems to be his father's footsteps, Chel has already penned records with major artists such as Faith Evans and Fonzworth Bentley, as well as writing and performing several songs that have appeared on Film/TV such as: the Box Office film “Growing Up and Other Lies", "VH1's Chicago Black Ink", "VH1’s Baller Wives" and "Bose's SoundLink Commercial with Formula One driver Lewis Hamilton" to name a few.