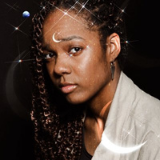 Youngest of five Native to Detroit, Michigan RayGiftedKeys is a Recording Artist, Vocalist, Poet and Musician. After the release of “Androgynous” which includes the single “Addicted” has skyrocketed her career tremendously over the past years. Ray started this journey at the age of two playing piano by ear and is continuously working on new material and breaking barriers in the music industry. Quickly being discovered by R. Kelly, K. Michelle, The Shaderoom & More active resources Rays Social Media Has been the talk of the new wave. In August 2020, RayGiftedKeys Released a new saucy project with super producers called “3piece Spicy vol 4”. 2002 when the release of Full Moon by Brandy surfaced inspired Ray to offer her musical talent and vocals to the world.