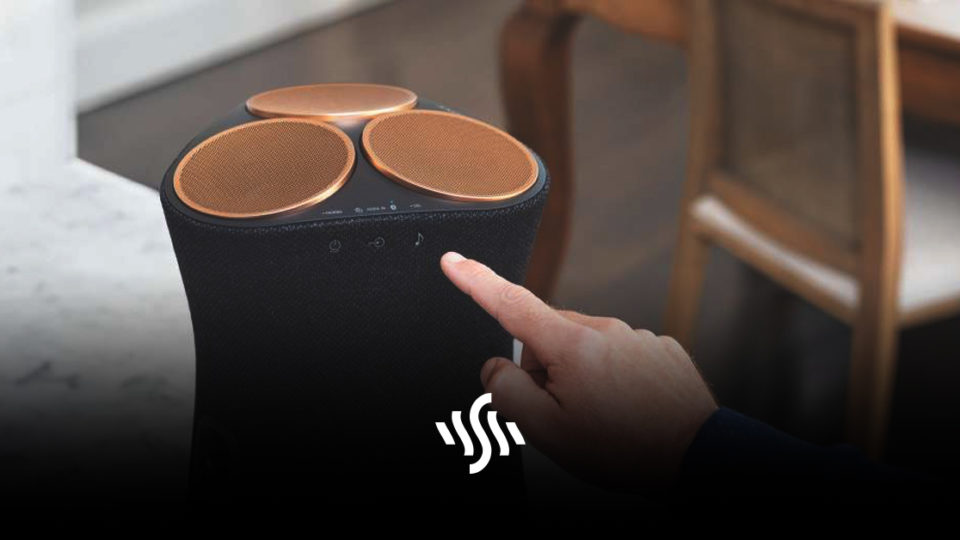 Sony has announced its first 360 degree audio speakers, replicating the live music and recording studio experience. Get the details here!

Sadly, venues around the globe are still currently closed due to the Covid-19 pandemic. So, Sony’s new audio offering couldn’t have come at a better time. The company has launched two new wireless speakers that are compatible with 360 Reality Audio. 360 Reality Audio is a spatial audio format, meaning 360 degree sound that places music around the listener in a virtual sphere. The two speakers that are set to revolutionise the listening experience are the SRS-RA5000 and the SRS-RA3000.

The more expensive of the two Sony speakers is the SRS-RA5000. Boasting a futuristic but sleek design, it features three up-firing speakers, three side speakers and a woofer. The up-firing speakers are designed to spread music vertically and fill the space, whereas the side speakers handle the horizontal business. On top of this, the speaker is also certified for Hi-Res Audio. Cheaper but still delivering an omnidirectional experience, the SRS-RA3000 has two tweeters, two passive radiators and a full-range driver. The beam tweeters direct the sound vertically, providing more immersive audio.

A very cool feature of these speakers is their ability to calibrate to any room they are situated in. With the use of an internal microphone and a unique Sony algorithm, the SRS-RA5000 performs a “detailed sound calibration adjustment” for its surroundings. This is simply done with one press of a button. However, the SRS-RA3000 executes this calibration automatically. Both speakers also adjust the volume track by track, using Sony’s Auto Volume feature, to ensure the sound is consistent. You don’t need to worry about positioning with these speakers, as they are wireless and free to move from room to room. Bluetooth comes as standard, along with compatibility with Alexa and Google Assistant.

Both speakers are available in the UK from February, with the SRS-RA5000 priced at approximately £500 and the SRS-RA3000 at around £280. Sony has also stated that it plans to expand its 360 Reality Audio platform to incorporate video as well. This is in a bid to further recreate the feel of a live music performance, something so many of us are crying out for.

Check out Synchedin today for a huge library of royalty free music for all your content creation needs. For just $4.49 per month you can download unlimited tracks, which would sound incredible blasted on the new SRS-RA5000!